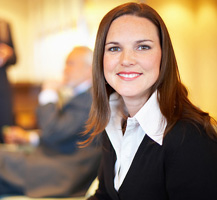 Corner Stone Credit Union began May 1, 1952 as FFE Operators Credit Union in Room #305 at 318 S. Cadiz, Dallas, TX. We started out with 10 share holders and 18 shares, consisting only of lease operators contracting with the Frozen Food Express, employees of the lease operators, employees of the credit union and members of their immediate families and organizations of such persons. By 1972 the membership also consisted of FFE Truckers Association, employees and contractors to FFE Industries, Inc., W&B Refrigeration Service, and members of their immediate families and organizations. FFE Operators Credit Union became a community credit union in 1991 and was named FFE Community Credit Union. In 1990, the credit union expanded tremendously to include Refrigerated Transport, Inc. of Texas, the employees and contractors, Peterman Tire Company and its employees, Tin Top Corporation and its employees, National Can, Foster-Forbes Glass Division, Glass, Pottery, Plastics and Allied Workers, Local Union #125, Browning-Ferris Industries, Trans-Western Enterprises and their employees, retirees, contractors and other persons paid or supervised by Trans-Western Enterprises. The membership also consisted of persons who work or reside in the cities of DeSoto (east of Hampton Road), Red Oak, Glen Heights and Lancaster. We also included groups of employees or members of companies or associations which are located within ten miles of the credit union's main office or any additional office.
November 1, 2000- FFE Community Credit Union changed its name to Corner Stone Credit Union to open up to even more communities in the area and expand.
January 1, 2007- PIA MidAmerica Credit Union merged with CSCU, allowing us to proudly serve members, associate members, and affiliated members of the Printing Imaging Association of Texas, Printing & Imaging Association of Texas and their employees, Members of Pace, International Local 895 (Dallas, TX), as well as members of PIA MidAmerica Credit Union.
August 1, 2008- Dallas Western Union Employees Credit Union merged with CSCU and we began the opportunity to serve active and retired employees of Western Union Telegraph Co. in Texas (except Houston), Louisiana (except New Orleans), Oklahoma, Arkansas, and New Mexico. We also serve persons receiving retirement, pension, or other benefits from Western Union Telegraph Co. residing in the above mentioned stated even though they were actively employed in other states, as well as members of Dallas Western Union Employees CU.
June 1, 2011- Dallas Cotton Belt Employees Credit Union merged with CSCU and allowed us to serve employees of Union Pacific Railroad that are former employees of St. Louis Southwestern Railway, Mt. Pleasant to Fort Worth, inclusive and Corsicana, TX and its subsidiaries and affiliates, and members of DCBECU. This also opened a third branch to serve all new and existing members (closed May 22, 2015), along with opening up potential members and businesses within a 10 mile radius of the branch.
Our most recent acquisition- effective December 3, 2013, with North Central PHM Federal Credit Union allows us to serve regular members of subordinate lodges within the jurisdiction of the North Central Region of the Most Worshipful Prince Hall Grand Lodge of Texas and Jurisdictions, unremarried spouses of persons who died while within the field of membership of NCPHM FCU, employees of NCPHM FCU, their immediate family and organizations, as well as the NCPHM FCU members.
March 1, 2016- We reopened our third branch at 2424 Gus Thomasson Road, Suite B, in Mesquite. This branch allows us to serve the Mesquite and Balch Springs residents and businesses.

When you’re a member of Corner Stone Credit Union, you’re not just a customer but part-owner of your credit union.

Meet the Board of Directors:

CORNER STONE CREDIT UNION IS A PROUD MEMBER OF THE FOLLOWING BUSINESS ORGANIZATIONS:

NCUA - Your savings federally insured to at least $250,000 and backed by the full faith and credit of the United States Government. National Credit Union Administration, a U.S. Government agency. Equal Housing Lender - We do business in accordance with the Fair Housing Law and Equal Opportunity Credit Act